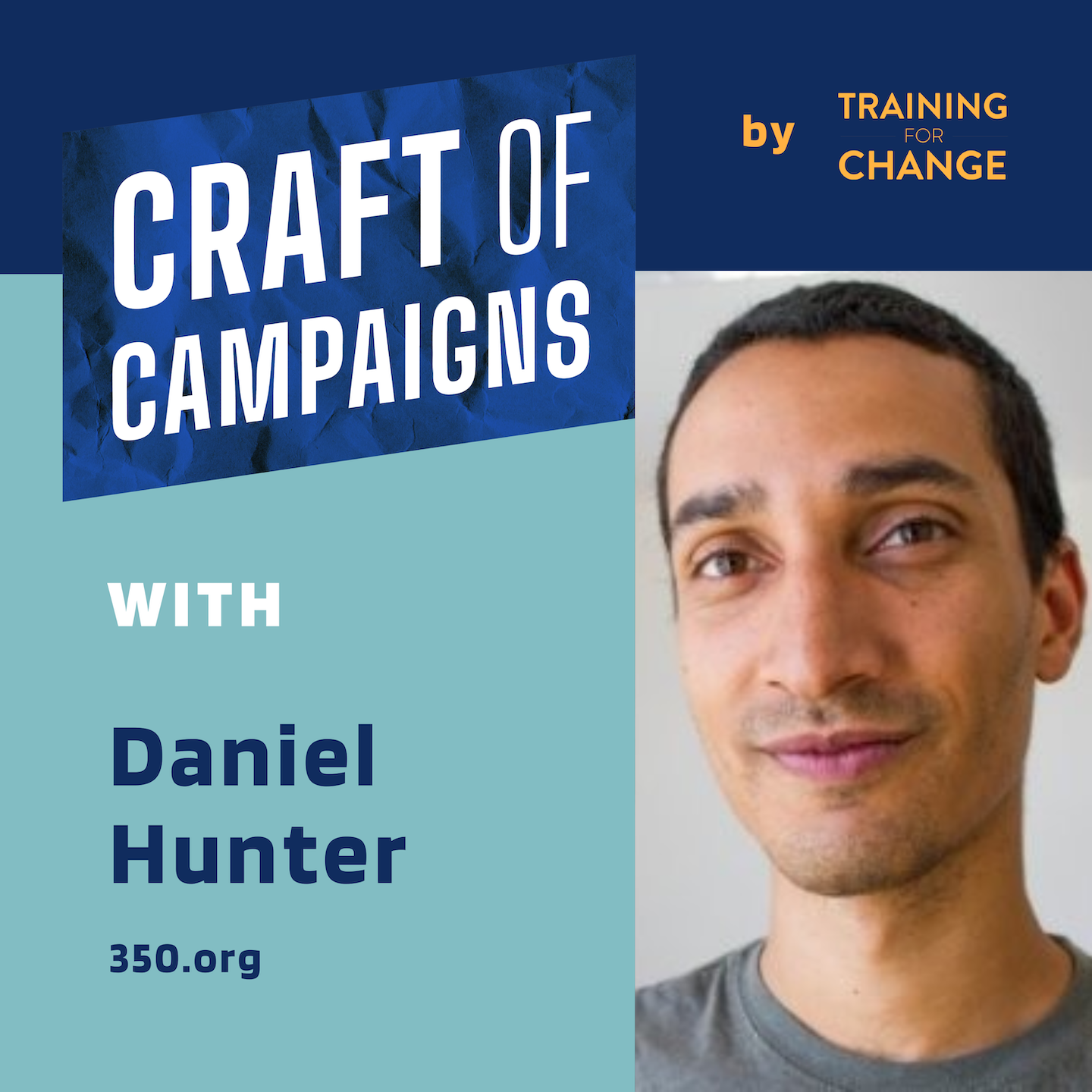 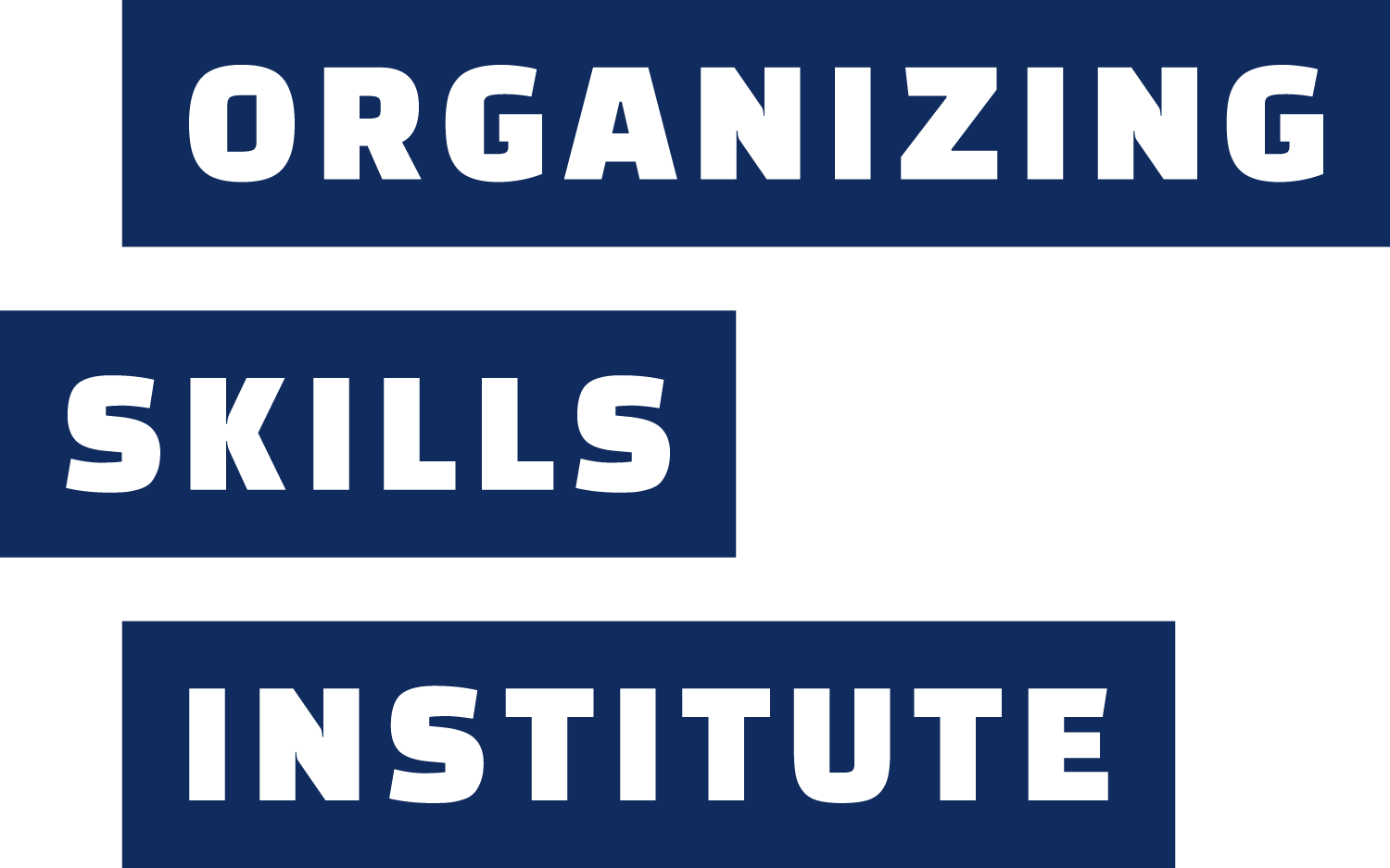 Daniel Hunter is the Associate Director for Global Training at 350.org, where he has developed numerous open source training materials available in many languages. He has trained thousands of activists, from ethnic minorities in Burma, pastors in Sierra Leone, to independence activists in northeast India, and has written multiple books, including the “Climate Resistance Handbook” and “Building a Movement to End the New Jim Crow,” and he was an architect of Choose Democracy, a campaign to stop a coup in advance of the 2020 election.

Campaigning against a “done deal” in Philadelphia

On the long list of harms Left organizers try to stop billionaire real estate developers from inflicting on our communities, “casinos” are not usually at the top of the list. Since the Great Recession over a dozen states have legalized gambling, only occasionally accomplishing the stated primary goal of restoring revenues to state general funds after decades of neoliberal tax cuts, with few social movement campaigns springing up to stop them. There hasn’t yet been a national march to stop predatory gambling. But researchers have documented waves of harm to low-income, BIPOC communities that follow the opening of casinos, from gambling addiction to plummeting real estate values to specifically targeting Asian and other immigrant communities with games that are designed to cost everyday people money.

That’s why Philadelphia community organizers were alarmed when the state legislature, at the urging of Democratic Gov. Ed Rendell, voted to approve casinos at a midnight session on the Fourth of July, 2004. Two years later, with a newly-appointed gaming control board a few months from its late 2006 deadline for reviewing the first casino development applications, a few of those organizers launched a new campaigning organization, Casino-Free Philadelphia.

They wanted to stop or at least scale down the proposed casino developments to minimize their harm on working class neighborhoods. The group focused initially on influencing the new statewide regulator, the Pennsylvania Gaming Control Board, which was charged with choosing among casino company proposals to build two casinos in the city. But PCGB members had been appointed by pro-casino Gov. Rendell, and conducted much of its work in secret. The board denied activists’ requests for information, and when they attended a public hearing to ask questions, abruptly ended the hearing early. And within Philadelphia, most residents seemed to agree with a sentiment expressed by the local newspaper’s editorial board, that casinos were “a done deal”. Most Philadelphians believed that, like it or not, casinos were coming, imposed on the city by a state law.

The organizers realized their biggest challenge wasn’t the unelected statewide agency that wasn’t accountable to residents of Philadelphia — it was that very few residents seemed to care, and fewer still agreed with the organizers that casinos would bring harm to their neighborhoods. The group had to change the popular narrative from, “it’s a done deal” and “at least casinos will create jobs”, to… something else. And they needed everyday people who had tuned out the issue to sit up and pay attention. They needed to create drama and suspense within what was otherwise a slow-rolling, bureaucratic, “inside-baseball” issue. And up to that point, the PGCB had controlled the timeline for collecting public comments and reviewing casino applications; the organizers had been stuck responding to a process controlled by pro-casino bureaucrats.

Casino-Free decided to bet that if they could change the public story about casinos and turn the public against them through a grassroots direct action campaign, they could combine it with a legal strategy, using local zoning regulations and the court system as points of leverage, making the development process so costly for wealthy casino operators to build, open and operate gaming facilities that they would be forced to scale back their plans.

But first Casino-Free needed more Philadelphians to turn against casinos. Organizers knew just amplifying the slogan “CasiNO”, as one of their protest signs declared, wouldn’t cause enough of a shift. So what would? The group had noticed that even among people who weren’t sure if casinos were bad for their neighborhoods, those people were always frustrated by the gaming board’s unwillingness to share basic information that had been collected about the casino development proposals, like how much car traffic they might generate. Even people who were pro-casino agreed that information collected by the board should be public.

They decided to try forcing a reset in the public narrative by highlighting the board’s secrecy, with a pro-transparency campaign demand: release all documents related to projected casino costs and revenues, and the casino site plans, within six weeks (just before the PCGB’s of the year deadline to review casino proposals). Casino-Free threatened to conduct a “citizens’ document search” at the board’s headquarters if the agency didn’t comply. The group tried to earn TV coverage by incorporating theatre into its campaigning, even holding a press conference announcing “Operation Transparency”, as they called the ultimatum, outside Gov. Ed Rendell’s Philadelphia office. They led reporters inside the building, where they asked to fax their demand to PGCB Chairman Tad Decker. “It wasn’t anti-casino,” Casino-Free strategist Daniel Hunter told me later. “It wasn’t ‘this is good development, bad development.’ It was a simple story of should we have access to information or not in a democracy, and that was the hinge that got our foot in the door [with largely pro-casino public opinion]. If we hadn’t been able to get our foot in the door at that point in time we would have already lost.”

The ultimatum put the board in a bind: release planning documents that would almost certainly reveal some of the potential downsides of casinos, or continue to demonstrate its commitment to protecting the interests of casino billionaires, rather than to the public. They chose more secrecy, refusing to release any documents. Casino-Free countered with… more theatrical protest, inviting pro-transparency Philadelphians to join them at a symbolic action where they washed the windows at state offices downtown, “to make them more transparent.” And the week of Thanksgiving, they held another protest giving thanks for whistleblowers, encouraging state employees to leak the documents to the public.

The day before the December 10th deadline, the PCGB released some but not all of the documents. “But we said, ‘no, it’s all or nothing,’” recalled Daniel. Casino-Free had trained dozens of new recruits in civil disobedience, and at “high noon” on December 11 several busloads arrived at the board’s offices in Harrisburg. Among the fourteen arrested that day attempting to enter the PGCB office were a Philadelphia Inquirer newspaper columnist, local politicians and many others who had never participated in a direct action. The attempted “document search and seizure” received significant news coverage, the tone of which changed from, “why protest a done deal?” to “what is the PGCB hiding?” And reporters began for the first time consistently published stories highlighting the possible negative impacts of casinos.

Ten days later, the gaming board approved two proposed casinos slated to be built along working class riverfront neighborhoods. But by then the tide of public opinion was starting to turn, giving the organizers the confidence to attempt a campaign that would severely curtail casinos. Casino-Free turned to the city’s zoning rules as the next source of leverage. With the May 2007 municipal elections looming, they had about a month to collect the 20,000 signatures needed to put a ballot amendment before voters that would ban casinos within 1,500 feet of residential communities, schools, playgrounds, and places of worship — effectively barring casinos within city limits. This new six-week campaign, which they called “No Way Without Our Say,” collected 27,000 signatures. But when a casino company challenged the signatures, an elected judge threw them out without examining them, alleging fraud.

“We got pretty used to losing in courts. We lost, I think, 15 or 16 different court battles,” Daniel told me later. “We were real good at losing. But losing isn’t the problem, giving up is the problem. We told people, ‘these signatures were real and you know it.’ So we went to City Council and we said, ‘you saw us in the streets. You saw us in the subways, you saw us in the coldest of winter gathering signatures. You know they’re real Philadelphians, and they vote.’ We also showed them numbers in their district of who we had gotten as further evidence and further pressure.”

The organizers’ appeals to the City Council worked, and they unanimously added the measure to the May ballot. But casino companies sued the City Council, and again, less than a month before the election, the (elected) State Supreme Court threw out the ballot measure.

Over and over, elected judges – many of whom had received campaign funding from pro-casino donors – were refusing to let Philadelphians even weigh in on the question of casinos, which further helped turn the general public against casino companies, who came to be seen as allied with unaccountable, possibly corrupt state officials. Casino-Free organizers calculated that if they continued showing they were on the side of transparency and public input, they would keep moving more of the public against casinos, with elected officials to follow. During trainings the organizers led for their members, they described politicians as a “balloon” tied to the “rock” of public opinion, and the goal of their campaigns, as Daniel Hunter explained to me later, was to “move the rock, not the balloon — elected officials who want to keep their jobs can sway only so far from public opinion.”

So they decided to make sure Philadelphians could still vote on casinos on May 15, by hurriedly designing and printing dozens of four-foot-tall, red and white cardboard ballot boxes, which they printed with the words “Philly’s Ballot Box“. On Election Day, hundreds of volunteers staffed them at polling places, public parks and transit stations, allowing any Philadelphian to weigh in on the proposed 1,500-foot buffer ordinance. Most elected officials running for office that day participated too, including future Mayor Michael Nutter, who pledged to consider it a binding referendum. Nearly 60% of all voters participated, with 95% voting in favor of the buffer.

Through these three short campaigns waged over six months, the organizers had radically changed public perception of the issue. On the question of whether casinos were “a done deal”, most Philadelphians now understood there were mechanisms that could be used to keep casinos out of their neighborhoods. And the group’s activism had inspired multiple news outlets, local and state elected officials to publicly call into question the real costs and benefits of casinos to the city, further causing a slide in public support for casinos.

The battle to stop casino developers continued for another three years, with organizers shifting the points of leverage they targeted over time through similar, short-term campaigns, and taking in new coalition partners as one of the developers attempted to win approval for a casino in Chinatown. They ultimately succeeded in stopping one of the casinos entirely, and the other was forced to open at only one-third its original size.

As with the fight against Amazon’s proposed second headquarters, Casino-Free organizers had to work quickly to win over the public that not only was the development not a “done deal,” but that it would be a bad deal for their neighborhoods. They also found success limiting themselves to creative tactics that went beyond marching and rallying, and rather than simply campaigning against casinos, campaigned for transparency and the right of Philadelphians to weigh in, which ultimately won them more public support than a straightforward opposition narrative would have. And the group demonstrated an uncommon ability to accept legislative and court losses without “throwing in the towel”.

There are even more takeaways for campaigners in my conversation with Daniel Hunter on the Craft of Campaigns podcast. He also published an excellent book-length accounting of the campaign, Strategy & Soul.